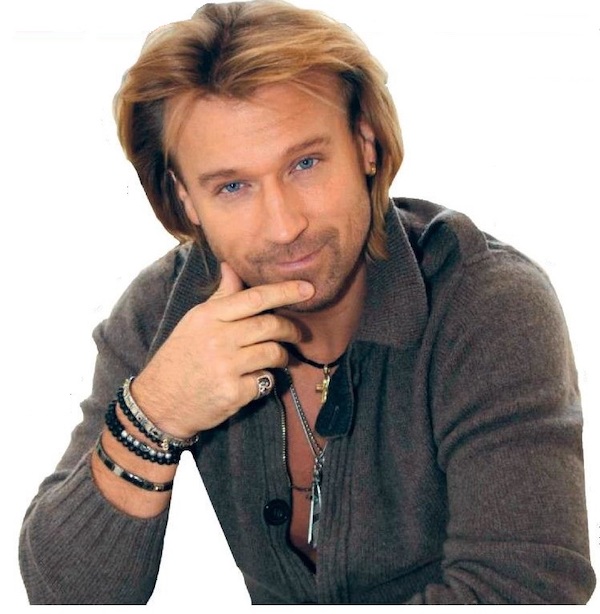 A Sample of Today’s Ukrainian Music

As a Peace Corps volunteer in Ukraine, two artists have caught my attention. One is a pop-star, while another is a YouTube rap sensation. While very different, they are both relevant to Ukrainian culture.

It was August; I was eager to begin my journey as a Peace Corps trainee, eventually becoming a sworn-in volunteer. Before departing to Ukraine, I was very eager to learn about Ukrainian cultural norms, language, and especially, Ukrainian music.

During my first four months in the country, I’ve learned a lot about the current music scene in Ukraine. I made it a habit to converse with Ukrainians about music—it’s been an immediate unifier among our cultural differences.

Two Ukrainian artists in particular have caught my attention so far. One is a Ukrainian pop star, while another is a rising YouTube rap sensation. While very different, they are both relevant to Ukrainian culture.

When I first arrived to Ukraine, I saw this guy everywhere. He was on ad-posters in the airport, some highway billboards, and often the focal point in commercials. During my first few weeks of training I wondered: Who is this man with the long blonde hair, and why is he so popular? What’s the hype?

I did my due diligence, and asked around.

His name is Oleg Vinnik and he’s arguably the most popular artist in Ukraine right now. The 45 year old artist is huge throughout Europe, and sells out stadiums when he goes on tour.  Honestly, it makes sense why he’s so popular in Europe. Over the past few years, he’s made a reputation for himself as a pop icon by singing and acting in both movies and live performances. In my opinion, he’s the Ukrainian equivalent to Blake Shelton in terms of superstardom.

“Most women love him, but almost every man does not like him.” This is a common answer when I asked about Vinnik—questions that are usually met with smiles and laughter. It’s fascinating how polarizing this artist is.

See the video below, and decide for yourself:

It’s been a while since I’ve been completely wowed by a rapper, but I was blown away by this one.

Alyona Alyona is a kindergarten teacher in Kyiv who’s gone viral on YouTube. She’s released four songs over the course of a month and has gained 34,000 subscribers, and over 1 million hits.

I learned about Alyona Alyona through a fellow Peace Corps volunteer, who mentioned that Ukrainian hip-hop doesn’t really exist. The first video of hers struck me for a few reasons. I had never heard Ukrainian language in the form of rap music. And, the beat slapped. My understanding of Ukrainian language is far from advanced, so I used Google Translate to further investigate what Alyona Alyona was saying:

To me, this type of artistry is very important when it comes to positivity for youth. Especially during this time in Ukrainian history. As a teacher in Ukraine, I can really appreciate Alyona’s passion.

Also, just imagine if your former kindergarten teacher turned into a rapper and wrote a song that encouraged creativity.

Alyona Alyona commented on the song by saying, “I wrote this with thoughts of new generation, which is categorically different from the Soviet. We are adults, we are creative. We want to make this world their ideas, to make history on his own script and develop the culture of the country in a new direction. This track is a call. Make us understand and accept our choice of who to be, how to look, how to live and what to do.” (Via Arw.Kiev.UA)

Music never fails to surprise me. In any life experience of mine, I’ve always had music that goes with it. It provides a nice complement when making memories, and if anything, enhances the experience.  Below is the soundtrack to my service thus far. I promise, there’s more artists than just Mac Miller. Enjoy!

View all posts by Kiran Swamy